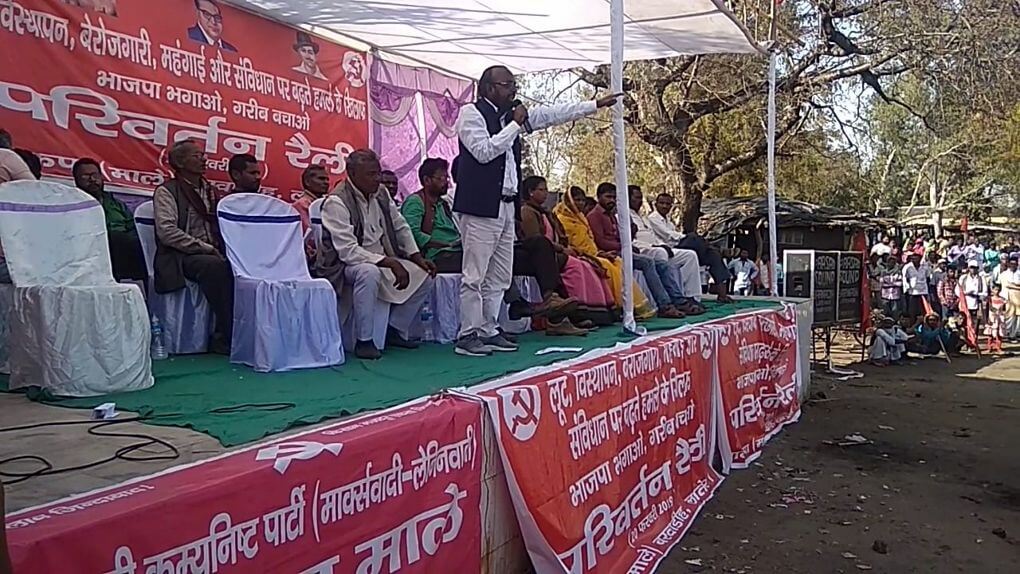 Since past four months, especially in the different blocks of the Manika assembly segment, a series of movements have been taking place. The party had also been working towards this rally since the sankalp diwas held in memory of Com. Mahendra Singh in January this year. Several senior leaders of the party were involved in the preparation of the rally and they got all support from the local people. Thousands of leaflets were distributed and posters put up. Extensive wall writing was also carried out onwards to the rally. On the evening of the 19th, mashaal juloos (torch rally) was taken out in 20 villages. The preparation for the rally and the enthusiasm it generated among the people became a cause for concern for the opposition camps. On the morning of 20 February, people from different villages began gathering carrying red flags and rasing the slogan-'Oust BJP, Save Poor'. The spot for the meeting began to look small as the number of people began to increase. Thousands of people gathered to participate in the rally. The rally meeting was chaired by block secretary Rajendra Singh and it was coordinated by district committee member Kanhai Singh. 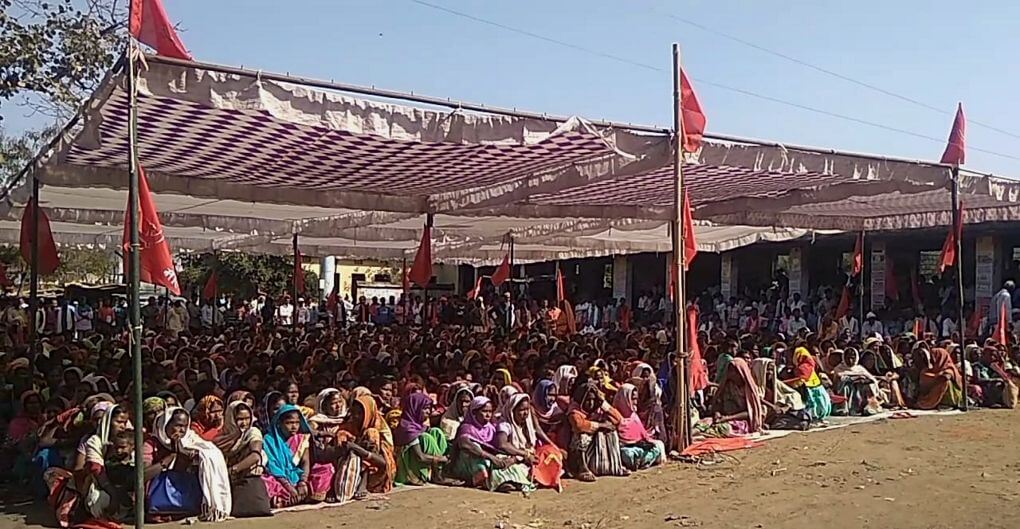 The meeting started by observing 2 minutes silence to pay tributes to the jawans martyred in Pulwama. Com. Dhiraj rendered a revolutionary song. The main speaker Rajkumar and other speakers paid tributes to Dr. B.R. Ambedkar.

Addressing the rally, Rajkumar Yadav said that there was the only option that the poor had, was not just to vote the BJP out this time but to send them back forever. They are not just displacing us from our land, water and forests but are also destroying our values and culture. They want to destroy our Constitution and establish the Manuwadi system. The need of the hour is to strengthen the red flag and make CPIML the alternative for the poor. State secretary Janardhan Prasad said that the death of the jawans is a result of the administrative failure and carelessness of the Modi government. Instead of finding the correct facts, the BJP is engaging is busy pursuing politics of frenzy and communalism, which is not right.

A 14 point political proposal which was centered around the problems of the people was also presented in the rally and it was passed unanimously by people through thunderous applause and raising of loud slogans. The rally was able to enthuse people and bring them closer to the party.