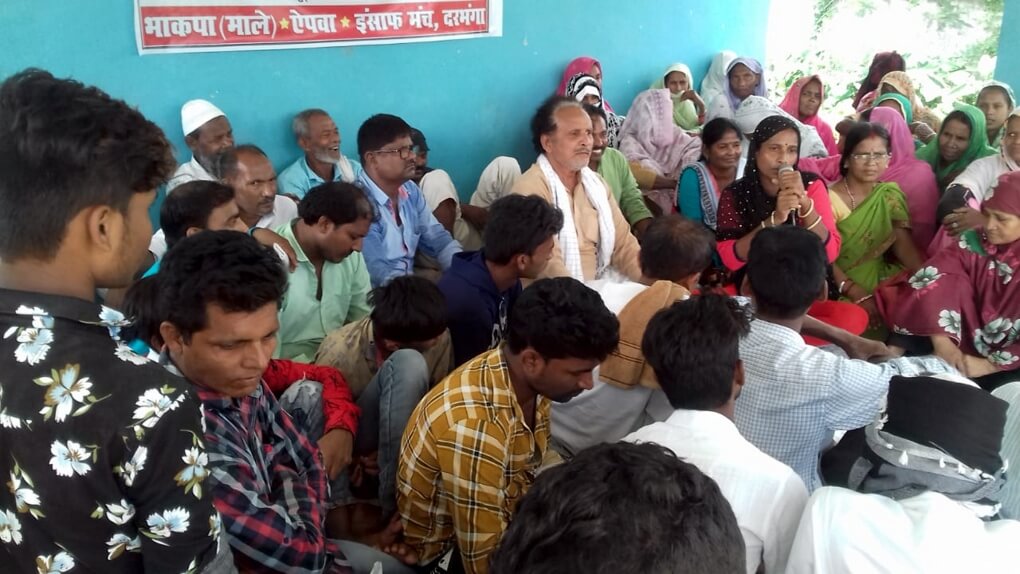 A dharna protest was organised under the banners of CPI(ML), Insaf Manch, and AIPWA to protest against sexual exploitation of a mid-day meal worker by a teacher at the Jagdishpur Madarsa, named Mohd Shamim. The dharna asked why the government is shielding the rape-accused person charged under Mahila Thana Case No. 13/19, while the victim’s family is being beaten up and false cases slapped against them to pressurise them to agree to a compromise. A case No. 123/19 was registered by the injured victim’s father at Manigachhi Thana but no action was taken in the case. On the contrary, a false case has been slapped on the victim’s family by Mohd Shamim.

The dharna was led by CPI(ML) District standing committee member and Sadar Manigachhi Secretary Ashok Paswan, Insaf Manch leader Neyaz Ahmed, AIPWA District Secretary Shanichari Devi, and also Rashida Khatoon, and Laxman Paswan. Addressing the dharna, the speakers demanded the arrest of the accused persons in Mahila Thana Case No. 13/19, Manigachhi Thana 123/19, Simri Thana 101/18, Laheriyasarai Thana 187/19, and Sadar Thana 189/19. They accused the government and administration of shielding the accused persons in all these cases and demanded that an enquiry be constituted into this incident.