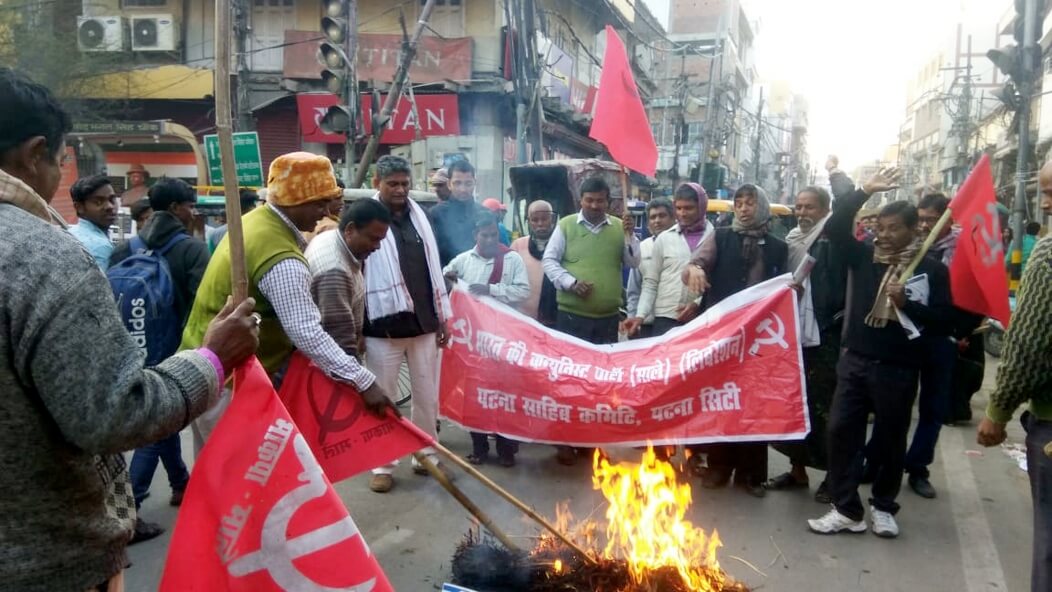 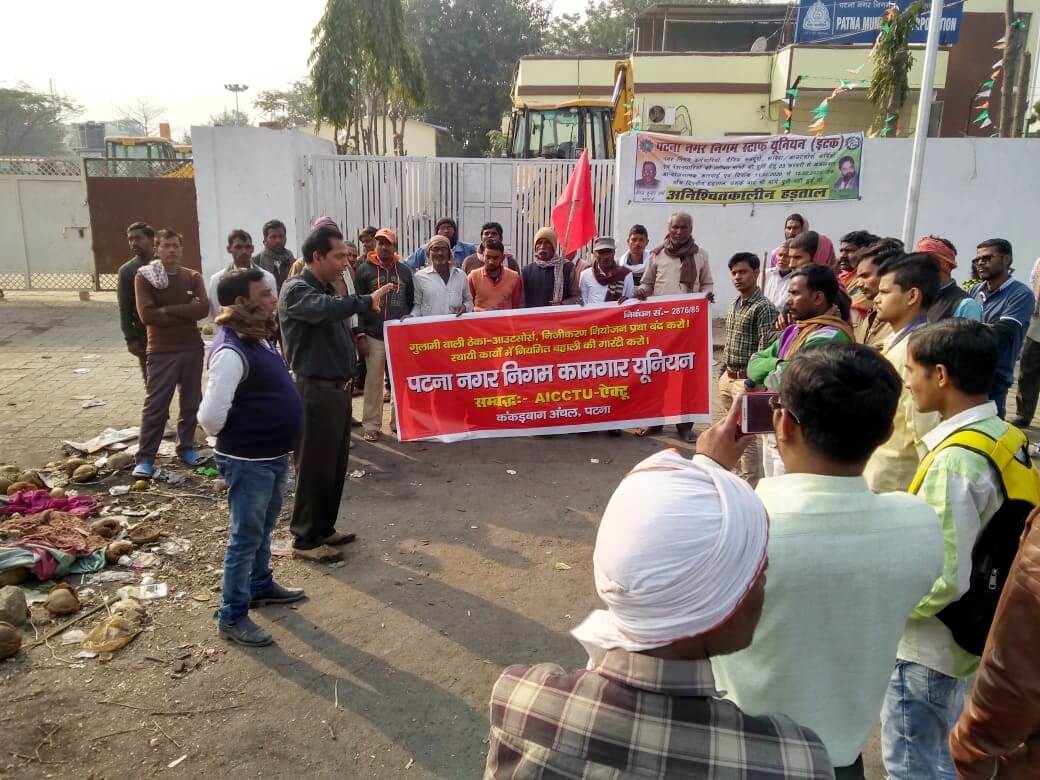 Tomorrow this very government will put these sanitation workers in detention camps on the grounds of being unable to prove citizenship under NRC-NPR. The biggest hit from these draconian laws will be taken by workers, dalits, and weaker sections. With regard to reservations in promotions for SC/ST the Supreme Court has said that this is not a fundamental right. This verdict is a violation of the rights of these communities. Reservation in promotions should continue to remain. 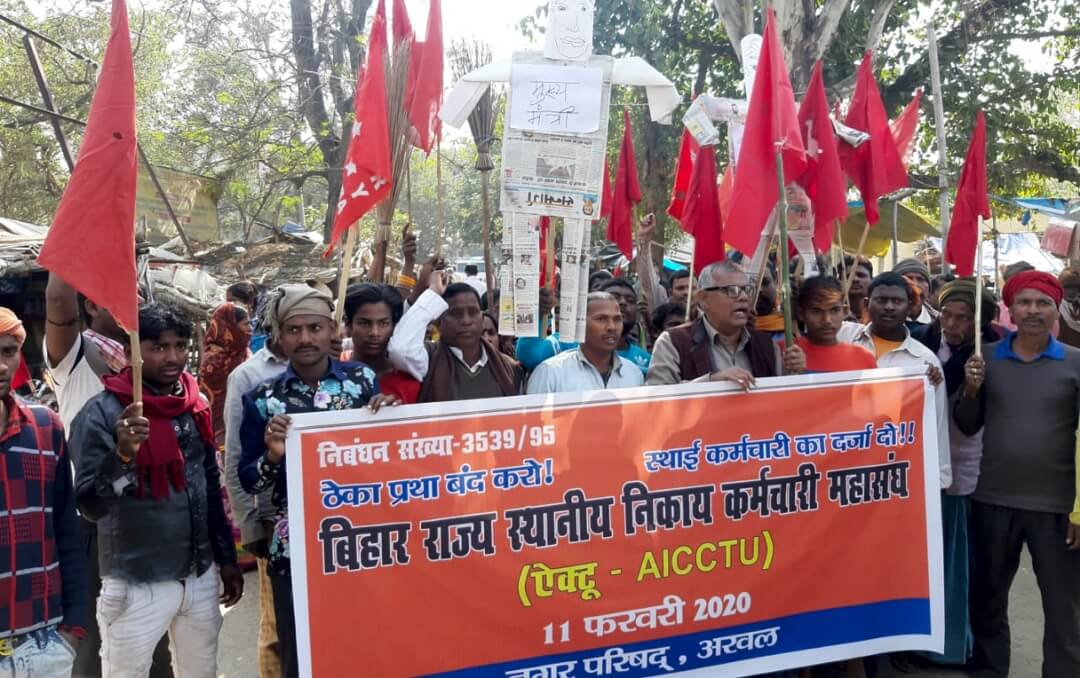 In the Nitish-BJP regime, the Urban Development and Housing, Health, Labor Resources, Mining Ministries have remained with the BJP for the past 15 years. Instead of giving sanitation workers (the most oppressed section in society who are the strongest claimants to social justice and development) justice and rights, the Nitish-BJP government is unleashing the cruelest attack on their legal right to livelihood and life. The ‘double-engine’ (good governance and social justice) government of Nitish Kumar has slapped a double attack on sanitation workers by removing them from work and making them slaves of private companies. Decisions taken in favour of private companies by the BJP Ministers of these Ministries concerned directly with the people’s welfare have forced workers constantly struggle and fight for their minimum right to exist and earn a minimum livelihood. These workers include sand workers, ASHAs, ITI workers, and now the weakest in society, the sanitation workers. The irony is that this ‘worst governance’ is being publicized as ‘Sushasan’ (good governance) and ‘Vikas’ (development). 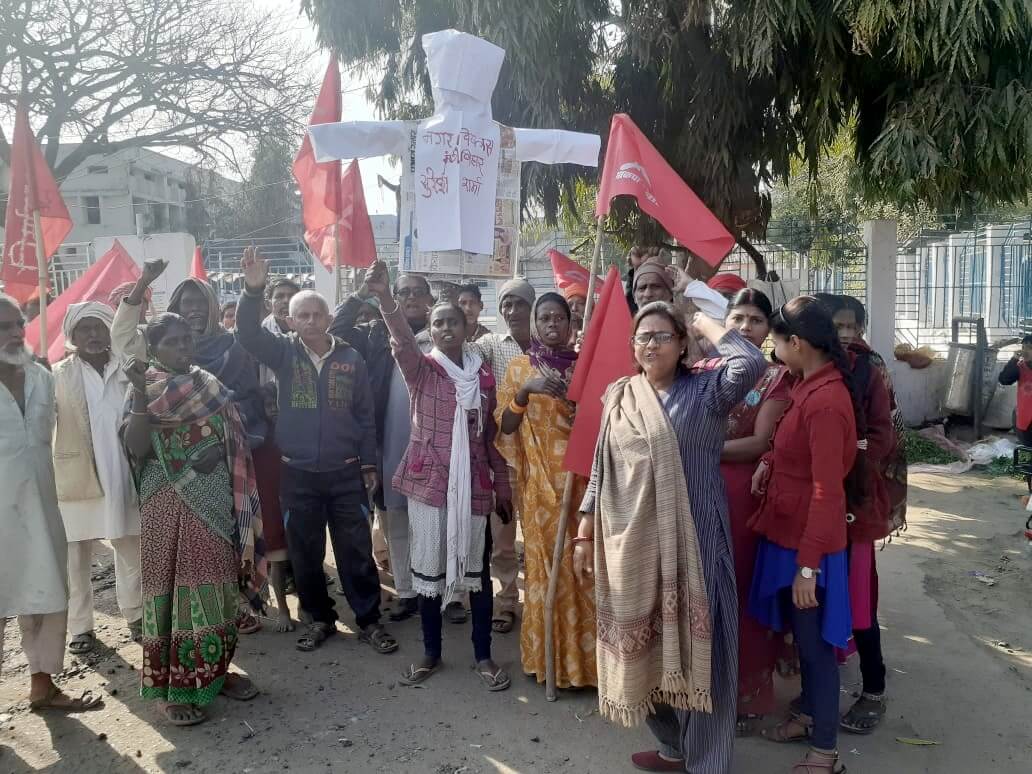 The CPIML demands: Revoke Order No. 2503 (dated 03-05-18) and Order No. 1435 (dated 05-03-19) and all other orders and decisions related to sanitation workers issued by the Urban Development and Housing Ministry of the anti-worker Nitish government which is depriving the rights of sanitation workers from better wages and regular appointment to regular jobs; create lakhs of posts for sanitation and other workers in all Municipal Corporations, Councils and Nagar Panchayats across Bihar in accordance with population ratio; Nitish Kumar should take away from BJP control Ministries which are directly related to people’s welfare and which have been under BJP control for the past 15 years. 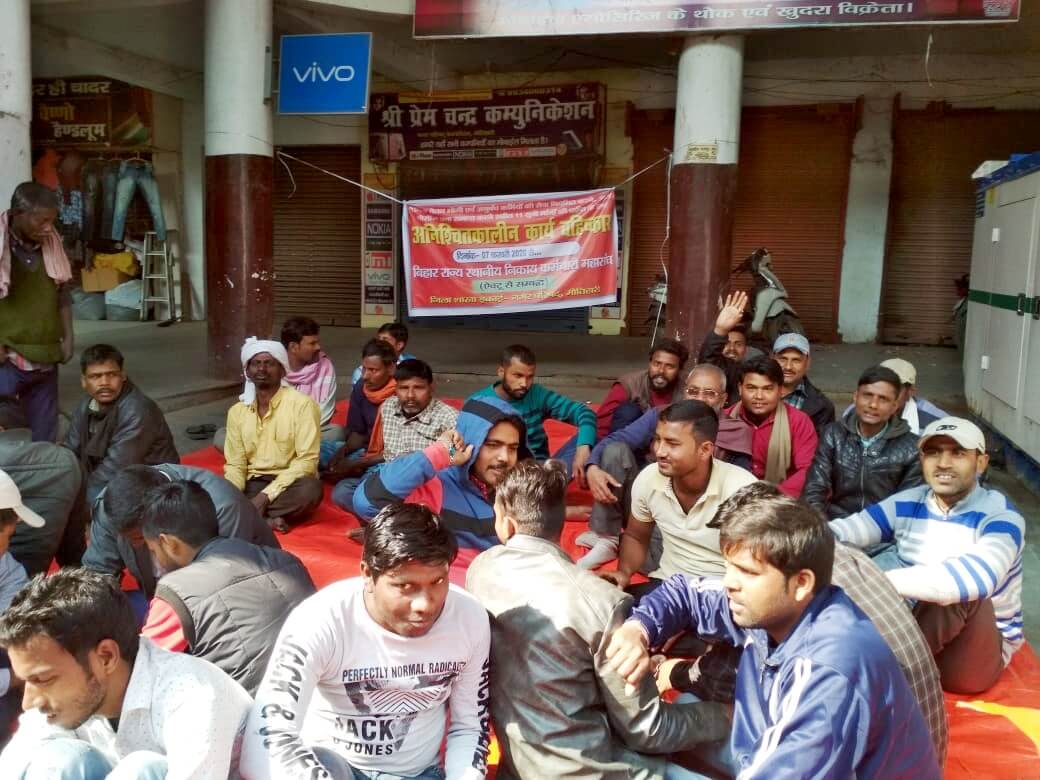 CPIML organized Protest day on 11 February which was observed across Bihar in support of the ongoing sanitation workers’ strike. 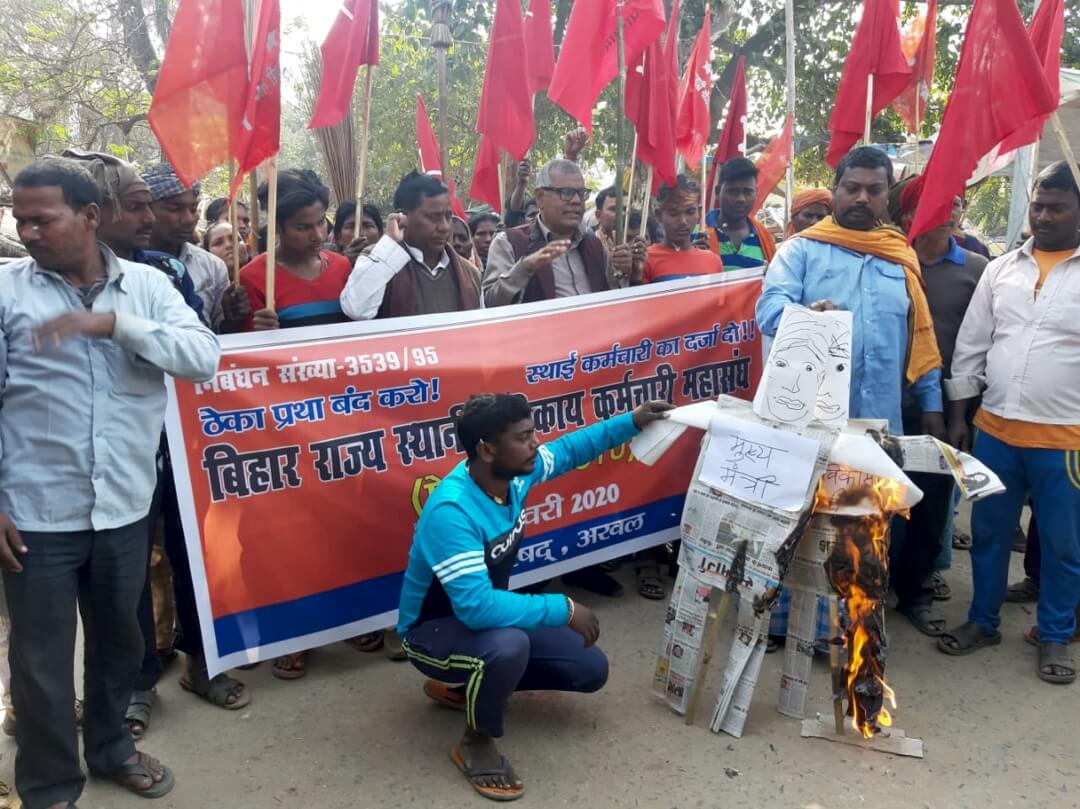