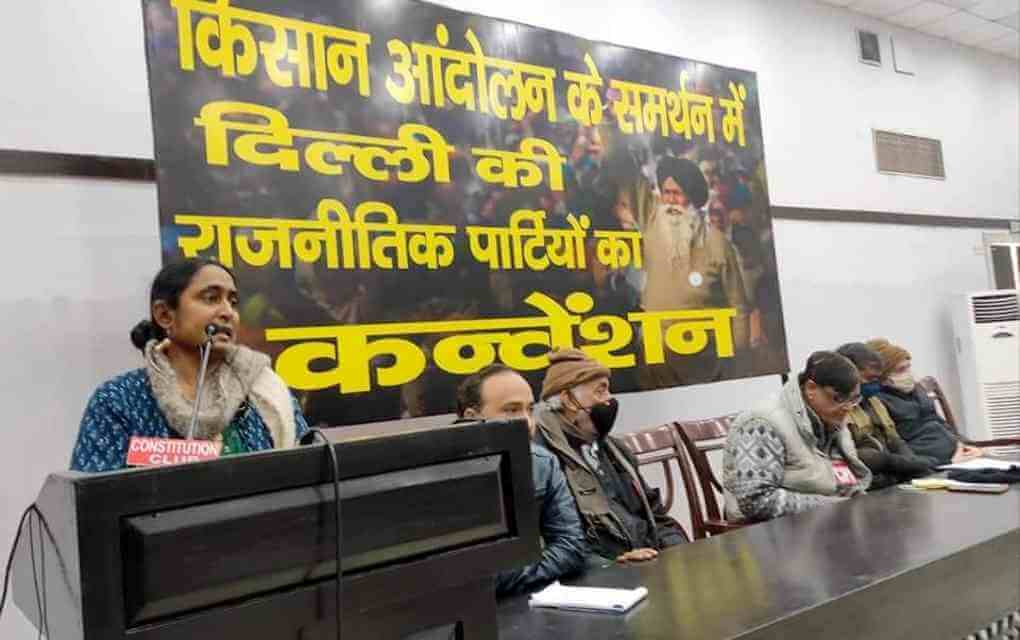 A resolution was passed at the convention and submitted to the Prime Minister demanding the immediate repeal of the three new farm bills and unconditional fulfillment by the government of all the demands of the farmers.

orkers, students, youth and women of Delhi are consistently organizing medical camps, libraries, langars, film shows and cultural programs at the various borders of Delhi in solidarity with the farmers' movement. The powers that be may say anything, but today the common citizen of Delhi is standing firmly with the farmers' movement and even celebrating their festivals at the borders with the proresting farmers.

Lohri was celebrated on 13 January and if necessary the coming Holi and Eid will also be celebrated with the farmers at the Delhi borders.

On 17 January, Kamgar Union affiliated to AICCTU marched at the Singhu border in support of the farmers' movement, while the Bhagat Singh-Ambedkar Brigade affiliated to RYA (Revolutionary Youth Association) organized a march at the Ghazipur border.