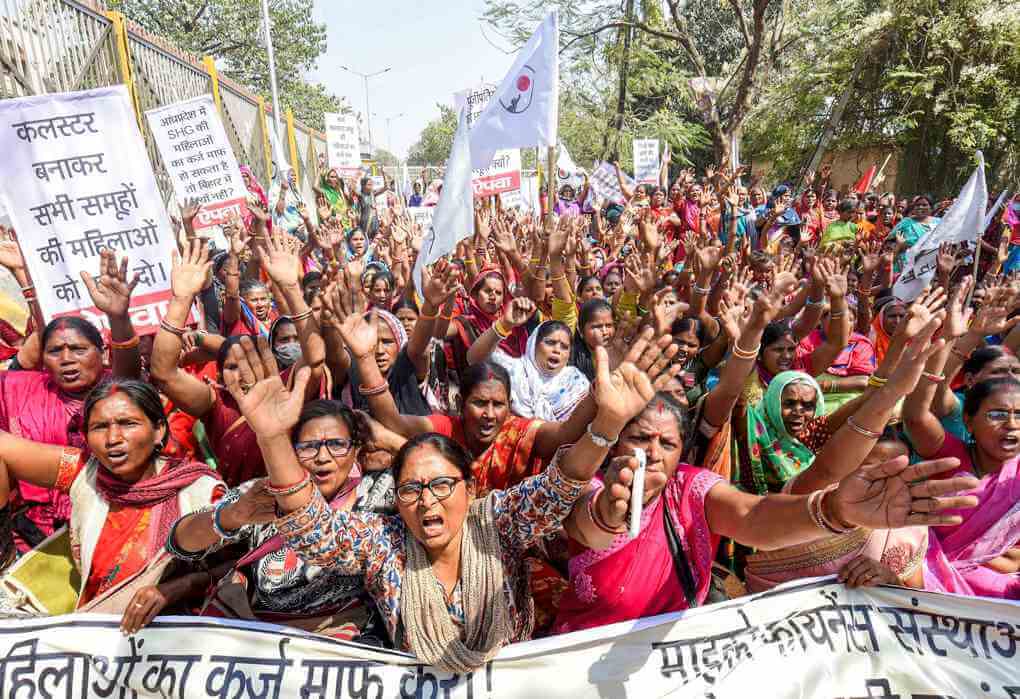 Women from Self Help Groups marched to the Vidhan Sabha in Patna on 5 March 2021 under the joint banners of AIPWA and SHG Sangharsh Samiti for the following demands: arbitrariness of micro-finance companies; loan waivers for women; end interest collection without delay; 0% to 4% interest interest rates on loans; guarantee employment for SHG women and procurement of their products; constitute state level Authority for loan regulation; Rs 21,000 for Jeevika workers.

The march was led by AIPWA General Secretary Meena Tiwari and AIPWA leaders Rita Barnawal, Saroj Choube, Shashi Yadav, Anita Sinha, Sohila Gupta and others. CPIML MLAs Mahboob Alam, Sudama Prasad and Sandeep Saurabh also addressed the dharna at Gardanibagh. The MLAs said that they have raised these demands forcefully in the Assembly and the fight would continue.

After the dharna the women wanted to present a memorandum to the Chief Minister but they were not allowed to meet him. The memorandum stated the above-mentioned demands and also pointed out that their trades were destroyed by the Lockdown, resulting in inability to repay loans thus making them slaves instead of self-reliant (which was supposed to be the aim of loans for self-employment.

Addressing the meeting, Meena Tiwari said that during the Lockdown capitalists and corporate houses were flourishing, while the common people struggled and loans were forcibly collected from women. AIPWA and SHG Sangharsh Samiti had protested extensively during the Assembly election and as a result loan collection was temporarily stayed in many places and some of these groups were given some small employment. But even now livelihood (employment) for each SHG is not guaranteed. 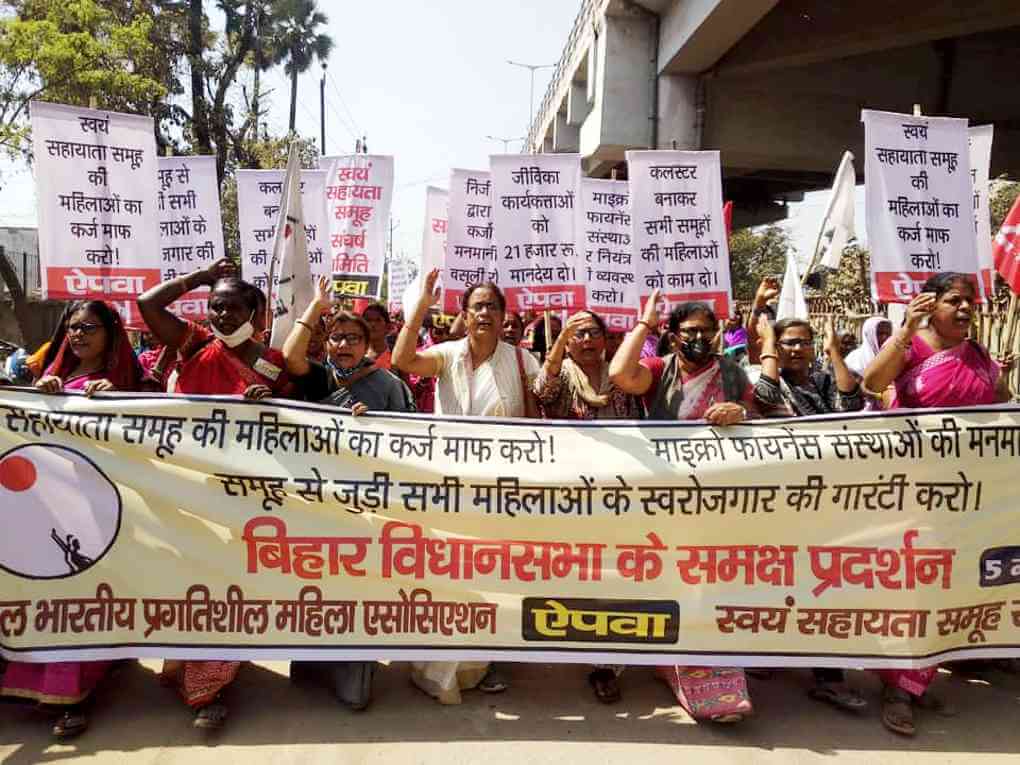