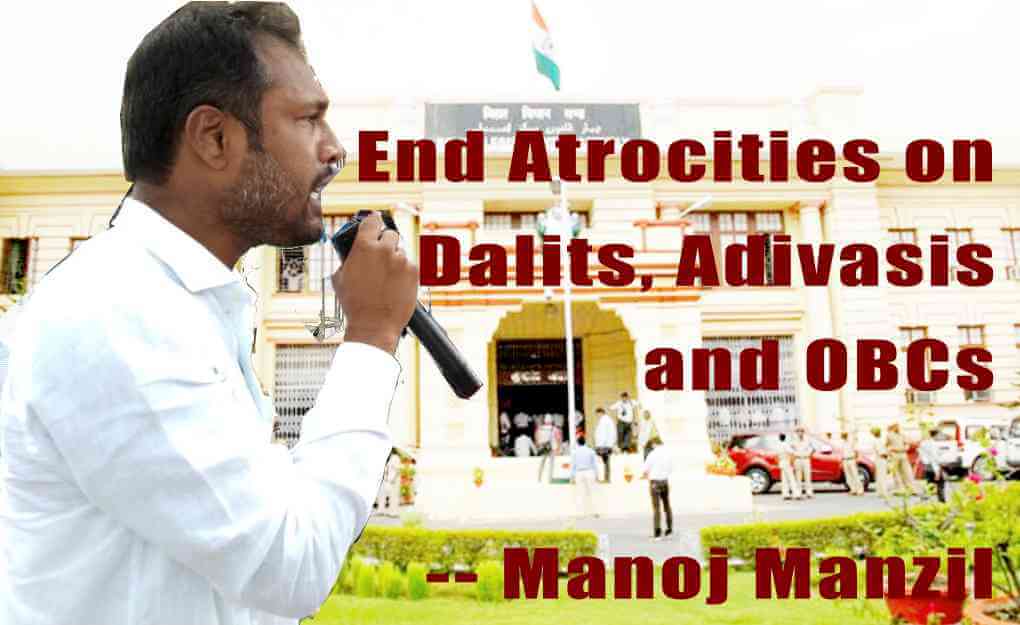 On 10 March CPIML Agiaon MLA and member of the SC-ST Welfare Committee in Bihar Manoj Manzil raised his voice forcefully inside the Bihar Assembly on the issue of oppression and atrocities being committed against dalits, adivasis and OBCs.

Making his points on the floor of the Assembly Comrade Manoj Manzil emphasized on the following points:

Despite all the above, the BJP government in the center and BJP-JDU government in Bihar which called itself a double-engine government is boasting about development while perpetually harming the interests and attacking the dignity and rights of the oppressed poor. There is need to raise more voices for the rights of dalits, adivasis and OBCs.