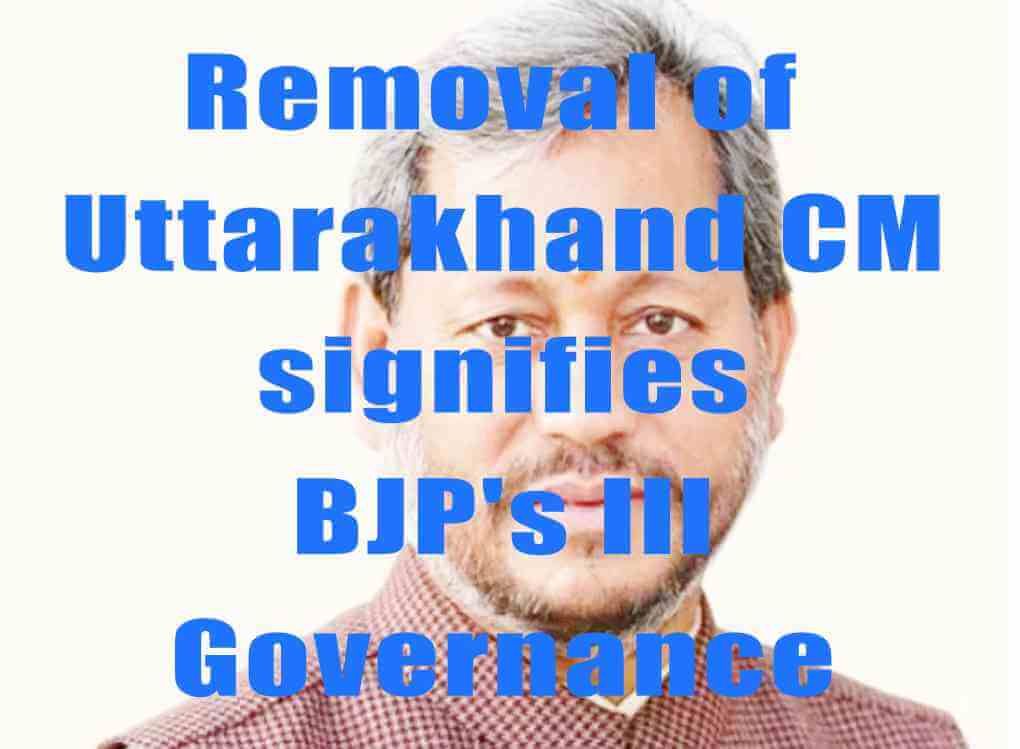 By removing Uttarakhand Chief Minister Trivendra Rawat the BJP has admitted that one of its so-called double engines is a total failure. The Trivendra Rawat regime began with misbehaviour against a woman teacher Uttara Bahuguna and the arrest of a woman teacher, and ended with a lathi charge on protesting women and local villagers at Diwalikhal Ghat. In the recent Joshimath disaster also Trivendra Rawat spent all his efforts in media and news management and as a result the search for trapped victims was a complete failure.

Trivendra Rawat also played havoc with the future of Uttarakhand's unemployed youth. In the past 4 years not a single PCS exam could be conducted. The Forest Guard exam paper was leaked and Trivendra Rawat refused even a re-exam for the leaked paper.

Trivendra Rawat passed a law to auction off hill lands. The 'achievements' of Trivendra Rawat's 4 years in power resulted in the destruction of health facilities and devastation of the hills.

What Uttarakhand needs is not just a change of Chief Minister but a complete political overhaul. Pro-people forces that have the interest of the state at heart must take concrete steps to free Uttarakhand from this bad governance.