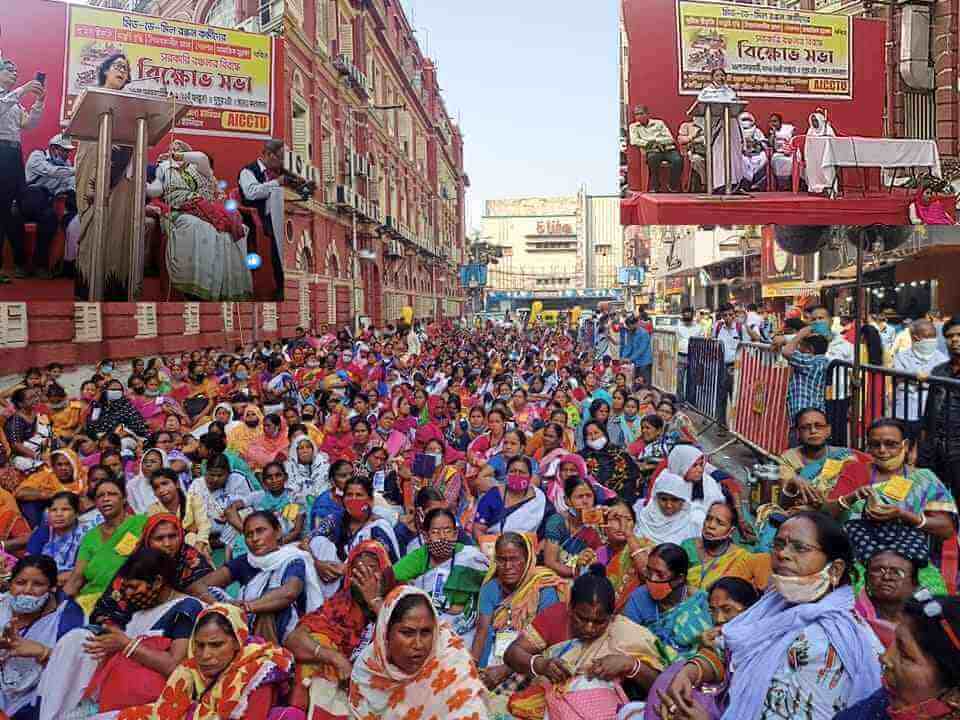 When the political atmosphere in Bengal is rife with defection, unabashed, unscrupulous corrupt leaders joining BJP, when the political discourse have been degenerated into mud-slinging between BJP & the ruling party, relegating all the burning peoples' issue, especially, the most important issues of the working population into the back burner, AICCTU decided  to bring forth workers demand into the centre stage, to hold a state level demonstration of Mid-Day Meal workers' at Kolkata and to submit a memorandum to the MIC Education on 24 February.

Under the banner of Paschimbanga Sangrami Randhan Karmi (mid-day meal) Union and Nadia district Randhan Karmi union a massive demonstration was organised. Two rallies, one from Sealdah station and another from Howrah originated and reached the meeting place. The MDM workers banged their empty plates / thalis to symbolise their plight all along the rally.

The rally and mass meeting was highly spirited and Kolkata witnessed a demonstration of nameless faceless women workers, whose toils and labour are not recognised neither by Central nor State govts.