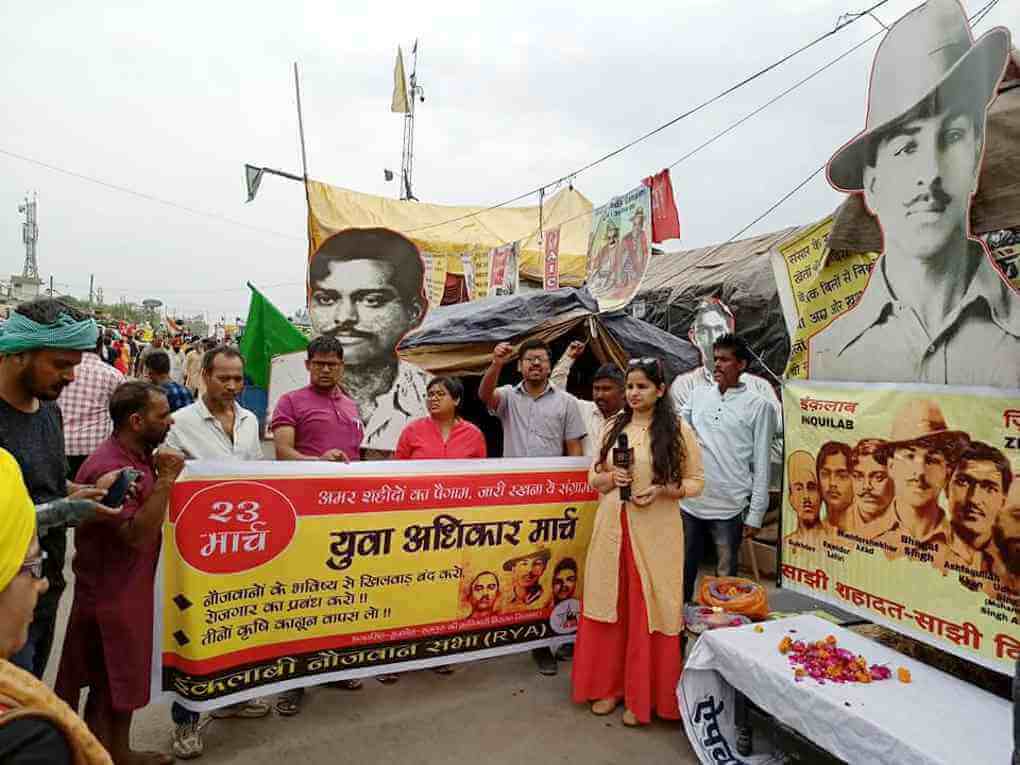 The martyrdom day of Shaheed-e-Azam Bhagat Singh and his companions was observed this year in the backdrop of the farmers' and workers' movement across the country against the three farm laws, four labour codes and privatization. This day was observed with protests against fascist attempts to impose Company Raj once again in the country. Mass student-youth rallies to remember Bhagat Singh and his companions were organized at Delhi borders including Singhu, Tikri and Ghazipur. Protest marches, meetings, conventions, people's panchayats and seminars were organized across the country with the pledge to continue the struggle for the India of Shaheed Bhagat Singh's dreams.

A meeting to honour the martyrs was organized in Jharkhand at Shaheed Mahendra Singh Memorial in Saria Road, Bagodar. The meeting was attended by CPIML General Secretary Dipankar Bhattacharya and other leaders. Comrade Dipankar said that Bhagat Singh, Sukhdev and Rajguru martyred themselves in the struggle against British Raj and slavery to the East India Company, but the freedom and democracy of their dreams is yet to be achieved. Company Raj is once again sought to be imposed through the farm laws, labour codes, privatization of rail, coal, oil and all national assets. Pledging to walk in the footsteps of Bhagat Singh and save our country from this new fascist Company Raj would be the truest tribute to the martyrs.