Bihar in the Clutches of Feudal-Criminals 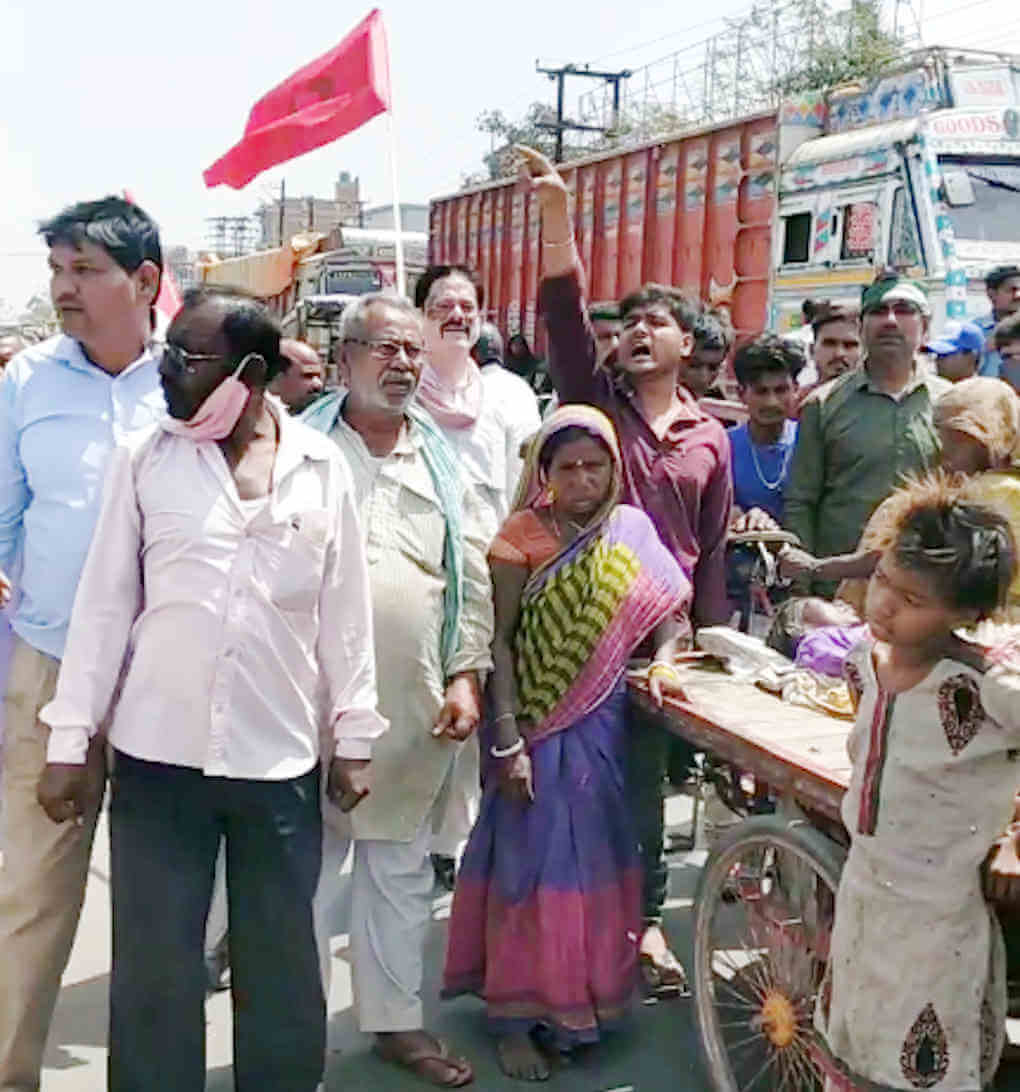 CPIML Bihar condemned the heinous murder of a Mahadalit woman Rampari Devi in Beguserai after the poor were targeted in the name of spreading Corona. State Secretary Kunal said that Bihar is completely in the clutches of dominant caste criminals. The attitude of the local administration is also extremely disappointing. A case against the criminals could only be filed after people’s agitation.

Rampari Devi (age 50) and Jojai Jhoti Sada (who is disabled), hailing from the Mahadalit Musahar caste and living near Municipal Councillor Ramvilas Singh's house were rag-picking at 7 am in the morning of 26 March. While they were doing this work Ramvilas Singh and 2 other persons told them that they should stop using that road as they could spread Corona. An argument ensued and Ramvilas Singh and his men ruthlessly beat up Rampari Devi, killing her on the spot.

When Rampari's son-in-law Bhulu Sada and other family members reached Singhaul Thana with the dead body to register a case the Thana chief, under pressure from dominant sections, instead beat up the Mahadalit family inside the Thana premises. The villagers led by CPIML and AISA activists jammed NH 31 in front of the Thana along with the dead body. After that they protested in front of the Begusarai District Collectorate against the criminal-police nexus and police atrocities. Only then the Sadar SDO held talks with the party delegation and a case was registered in Thana and the body was sent to the Sadar Hospital for post-mortem.

CPIML Bihar State Secretary Kunal strongly condemned the massacre perpetrated by Bajrang Dal criminals on 29 March at Muhammadpur village in Benipatti Thana, Madhubani District, killing three persons and injuring half a dozen. He said that Bihar today is completely in the clutch of criminals and the law and order system is in tatters.

The team said that on Holi day at around noon some Bajrang Dal members from Pauna village bought gutkha from the paan shop run by the Mahant's son, and refused to pay for it. A dispute ensued and after some time, while attempts were going on to resolve the  matter, the Bajrang Dal members phoned and called about two dozen armed criminals who started firing indiscriminately and wielding swords as soon as they arrived. The criminals killed 2 villagers on the spot.

More than half a dozen villagers were injured in this attack. BSF jawan Rana Pratap Singh (52) and Ranvijay Singh (45) were killed on the spot, while Biru Singh (40) died on the way from Madhubani to Darbhanga. The injured are being treated in Patna and Darbhanga. Amarendra Singh (35), Rudal Singh(40), teacher Manoj Singh (44) and 3 others are seriously injured and are admitted in Patna/Darbhanga. The criminals who perpetrated the killings are many in number, including Praveen Jha, Naveen Jha and Bhola Singh.

Some months earlier also the two sides had been involved in a dispute about fishing in a pond. At that time also the Benipatti Thana had protected the Bajrang Dal criminals. Sanjay Singh who was sent to jail on false charges is still in jail. The enquiry team found that the Bajrang Dal criminals came from Gaibipur and other villages under a well-planned conspiracy to perpetrate this heinous massacre. It is alleged that the killers had the protection of the Benipatti Thana and the local BJP MLA.

CPIML has demanded from the Bihar government to 1. Arrest all the criminals involved in the incident immediately, conduct a speedy trial and punish the guilty. 2. Proper compensation for the dead and medical treatment for the injured. 3. Suspend Benipatti Thana in-charge. 4. Probe the nexus between the killers and the local BJP MLA.