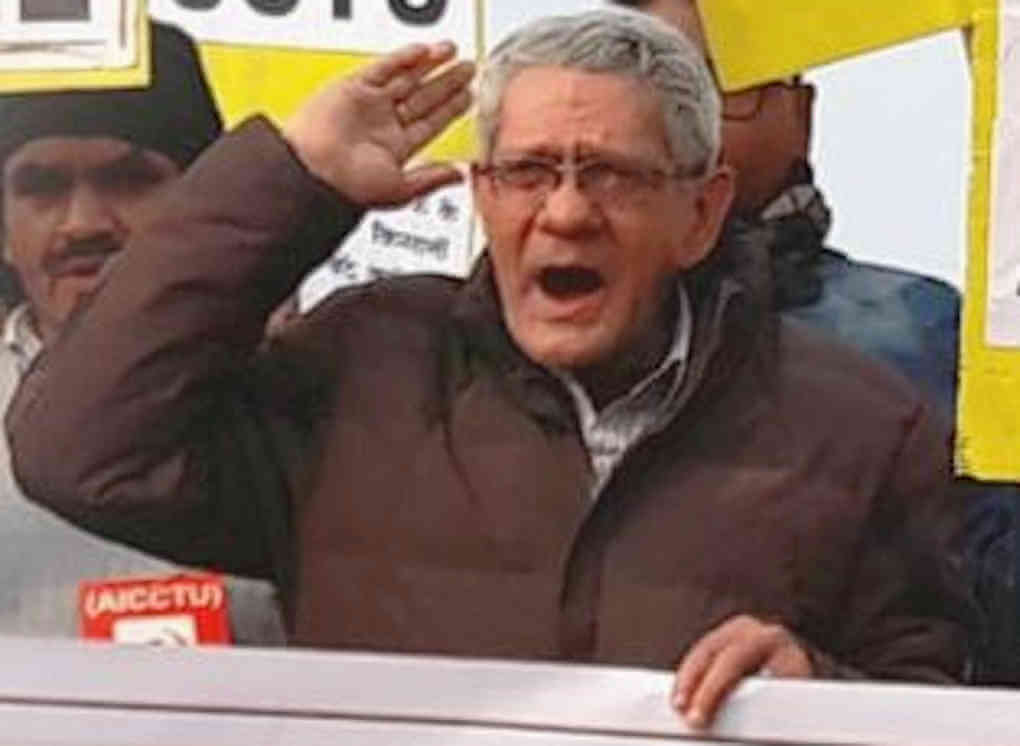 Comrade Om Prakash Sharma suddenly passed away on 24 March. He was associated with CPIML East Delhi committee for a long time. A Delhi Transport Corporation worker, he was an office bearer of DTC Workers’ Unity Center till his retirement. His activism continued after retirement with the local area level work of the party where he contributed in organizing construction workers under the banner of Delhi Building Workers’ Union. He was the Vice President of the union till his demise. He played an important role in many struggles of transport and construction workers in Delhi.

He suddenly fell ill and was taken to the hospital where he passed away which was a shocking news for comrades in Delhi. He activism continued till his last. Only a week ago he had addressed the farmers’ movement at Gazipur border in Delhi.