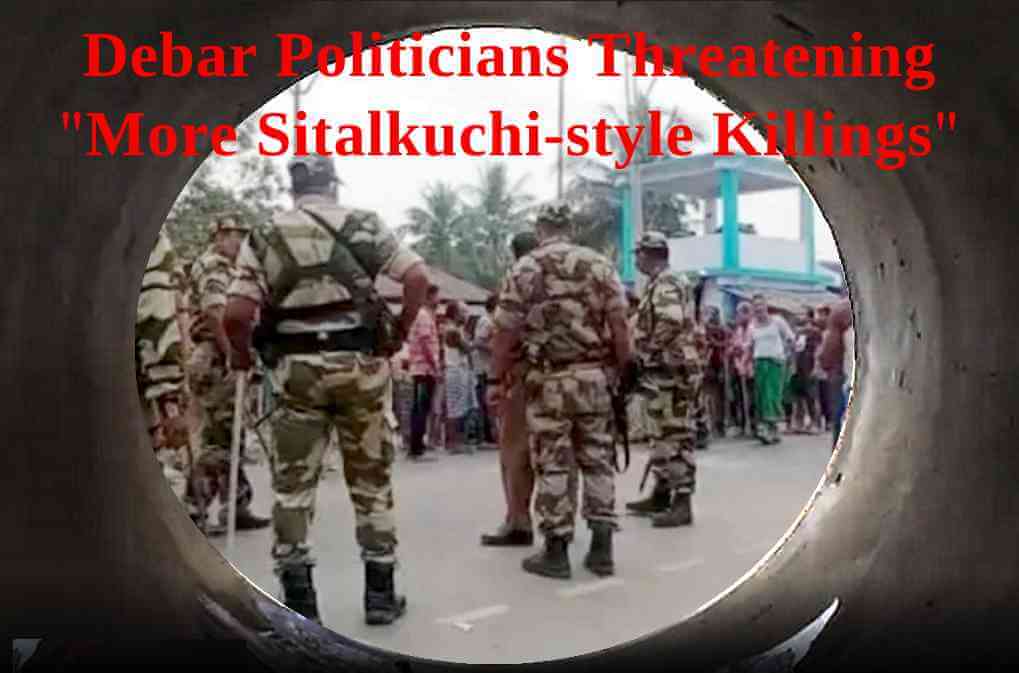 Four voters, standing in a queue to vote in Sitalkuchi, Cooch Behar, West Bengal, have been killed in firing by the CISF central forces.

These four are reported to be working class men from poor families: two migrant workers Nur Alam Mian and Maniruzzaman Mian, a first-time voter Samiul Haque, and a mason Hamidul Mian. In addition, in a separate incident, an 18-year-old first time voter Ananda Barman, was shot dead by unidentified miscreants.

Such firing raises grave questions about the role and motives of central forces in the West Bengal elections. Rather than keeping the peace and ensuring free and fair elections, the central forces are committing bloodshed and intimidating voters. Statements by BJP leaders have added to the impression that the central armed forces are serving to intimidate voters to further the BJP's interests.

Here is a list of instances where BJP leaders have sought to use thr Sitalkuchi firing for communal targeting and intimidation of voters:

The fact that the BJP leadership is able to speak on behalf of the CISF as though it were their private militia, indicates how the central forces are being misused by the BJP-led Central Government in the WB elections.

The fact that all four voters who killed in the CISF firing are Muslims, makes Dilip Ghosh's and Sayantan Basu's words a thinly veiled communal threat against the minority community.

Unanswered Questions About The Massacre:

We call for an All India Protest Day on 13 April to mourn the victims of the CISF firing, and demand justice for the all five voters killed in Cooch Behar.