Government Must Compensate Crop Loss and Ensure Work in MNREGA

The vegetable and fruit farmers have been ruined because of the lockdown. They are being forced to sell tomatoes and ladies' fingers at Rs 2 per kg and other vegetables are also going for throwaway prices. There no buyers for melons and other fruit. Farmers who had taken loans for their crops are facing an even worse situation. Leave alone production cost or profit, they are unable even to pay for harvest of the vegetables. We demand that the government should assess the crop loss of all vegetable and fruit producing farmers and pay them compensation without delay.

Along with farmers, daily workers are also suffering due to the lockdown and their situation is consistently deteriorating. Without work or means of livelihood, a large section of the population has come to the brink of starvation. The government should generate work in MNREGA and pay wages on the basis of 50 days' deemed work. During the last 39 days Rs 39 crores has been withdrawn from MNREGA funds in Bhojpur but no work is to be seen anywhere. There is possibly a huge corruption scam hidden behind this. A collective application will be submitted in Bhojpur and elsewhere in Bihar to the Panchayat Rozgar Sewak on the issue of employment in MNREGA.

The reality of the Community Kitchen project being run by the Bihar government is different from what it purports to be. During the Chief Minister's virtual inspection in Begusarai the officials had decorated the kitchen and hall, maintained physical distancing, and arranged quality meals. But the next day the picture was totally different. There was no space to sit, no heed to physical distancing, and the food was of poor quality. The Chief Minister should take cognizance of this and guarantee nutritious and hygienic meals at the community kitchens and take action against the officers who misled the entire State. 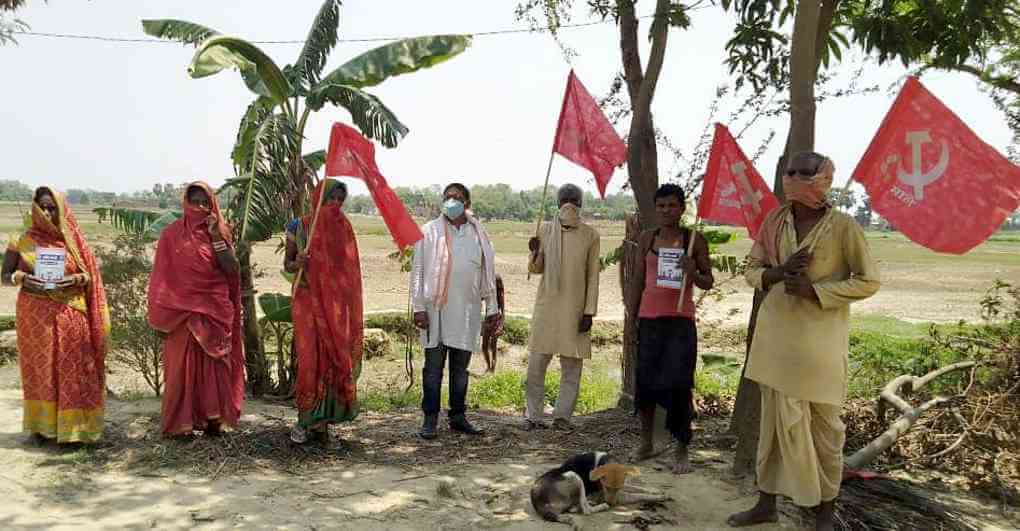