Protest Against Arrest of Paralyzed Activist Kalim by UP Police 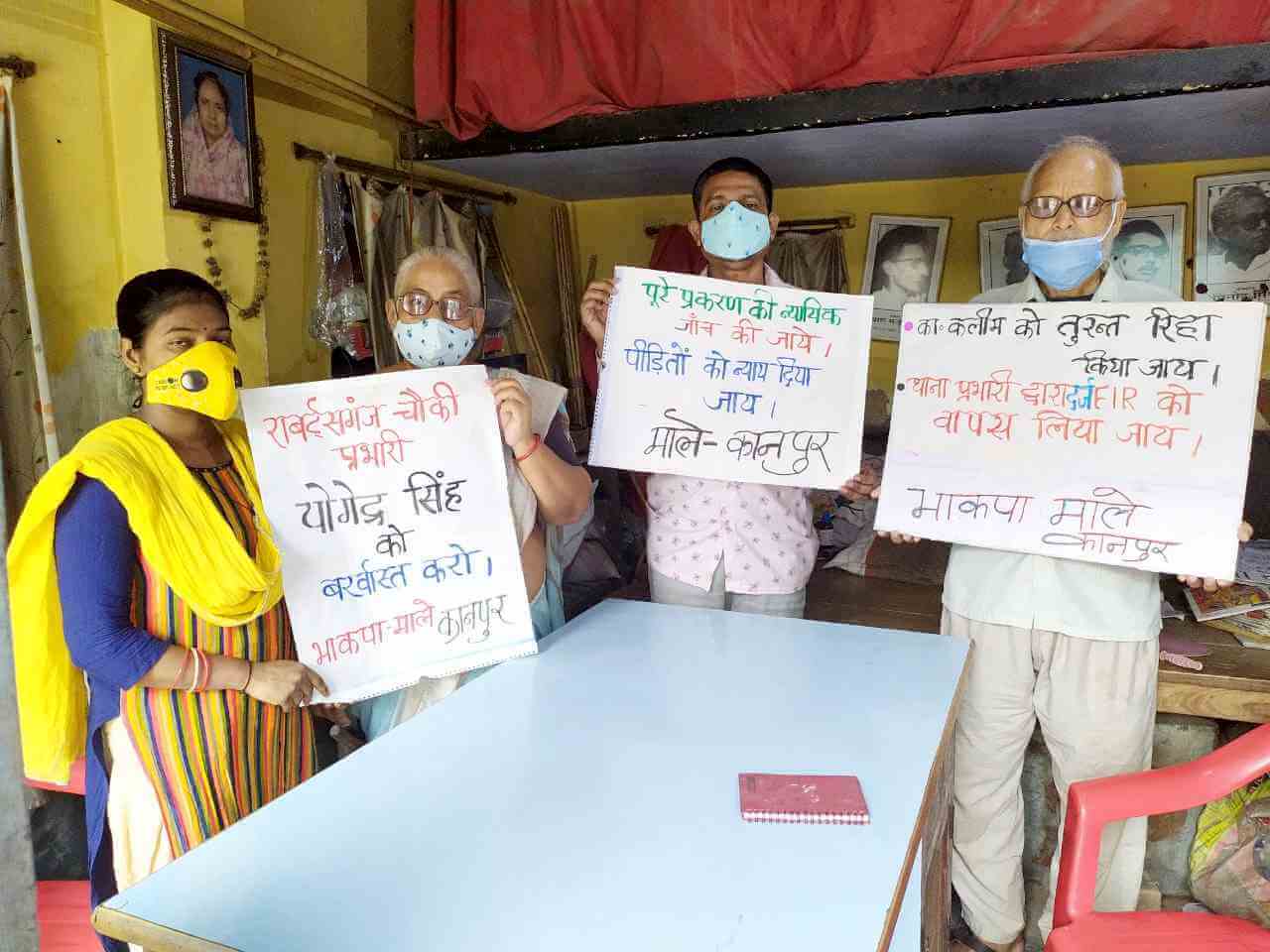 The CPIML Uttar Pradesh observed statewide Protest Day on 7 June against police repression in Sonbhadra. The party sent a memorandum to the Chief Minister demanding the release of paralyzed party activist Mohd Kalim, removal of Robertsganj Chowki in-charge and justice to the victims through a judicial enquiry into the entire incident, including the beating up of the activist and his daughter in the Thana.

The party said that on 5 June on Sampurna Kranti Diwas, on the call of Sanyukta Kisan Morcha, a delegation had gone to submit a memorandum to the Robertsganj SDM demanding repeal of the 3 black farm laws. Party activist Mohd Kalim, who is paralyzed, had gone on a wheelchair as a delegation member along with his daughter.

After submitting the memorandum Comrade Kalim had gone to the local hospital for physiotherapy, accompanied by his daughter, when Robertsganj Chowki in-charge Daroga Yogendra Singh came there, abused him, and dragged him away to the police vehicle in which he was taken to the Kotwali. At the Kotwali Kalim and his minor daughter—Ameena (Charu), an Inter student—were brutally beaten by the police. Kalim was thrown into jail under several sections of criminal charges. The police has charged him with road obstruction, vandalism, government duty obstruction and other false charges. Not only this, his wife and daughter have also been named in the FIR (274/21).

Mohd Kalim has been paralyzed for the past 2 months. He needs assistance for eating, sitting, moving, and all bodily functions. As such, the police behavior with him and his daughter is insensitive, cruel, brutal and inhuman. If he does not get justice, the party will intensify the struggle against this brutal atrocity.

After the protest at Lalkuan in Lucknow a memorandum was submitted to the Chief Minister via the Kaiserbagh SHO. At Robertsganj also, a 3-point memorandum was submitted. Protest Day was also observed in Mirzapur, Varanasi, Chandauli, Ghazipur, Mau, Azamgarh, Devaria, Gorakhpur, Prayagraj, Rae Bareli, Ayodhya, Sitapur, Lakhimpur Kheeri, Kanpur, Jalaun, Mathura and other Districts.