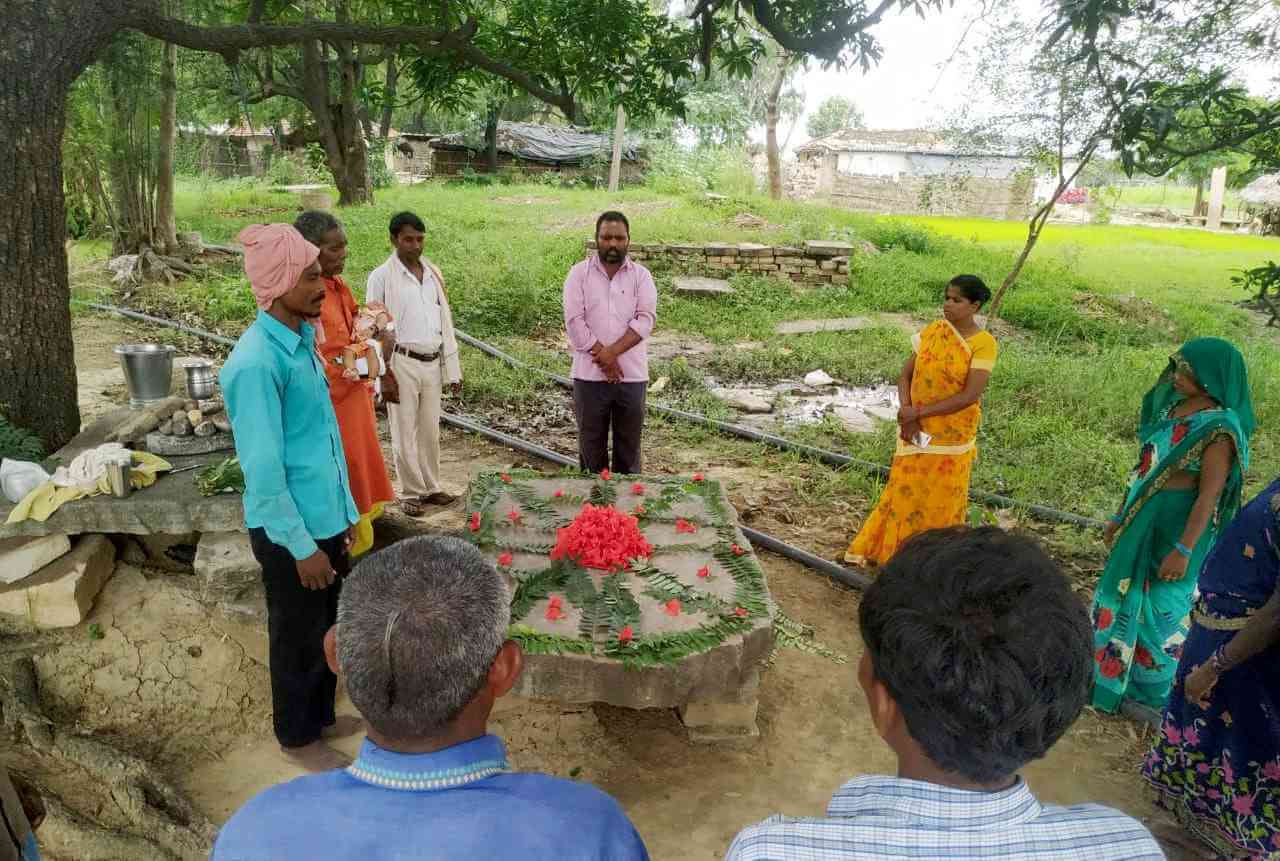 The CPIML observed the 4th anniversary of the Umbha massacre in Sonbhadra on 17July 2021. Within 4 months of the Yogi regime coming into power, dominant sections perpetrated this massacre shooting dead 11 adivasi men and women for protesting against their ancestral farm land being forcibly snatched away.

On the occasion of the anniversary the party paid tribute to the adivasi martyrs. At memorial programs held in Mirzapur and other Districts, speakers said that even after the Umbha episode forcible eviction of adivasis still continues. Land records are being manipulated by the land mafia to illegally capture adivasis' lands, but instead of taking action against the land mafia CM Yogi's administration is oppressing adivasis and the poor. Despite the Forest Rights Act, forest dwellers' right to jal-jangal-jameen (water, forests, land) continues to be an issue. Moreover, communities in Sonbhadra-Mirzapur whose socio-economic conditions are exactly similar to adivasis have still not been given legal status as adivasis.