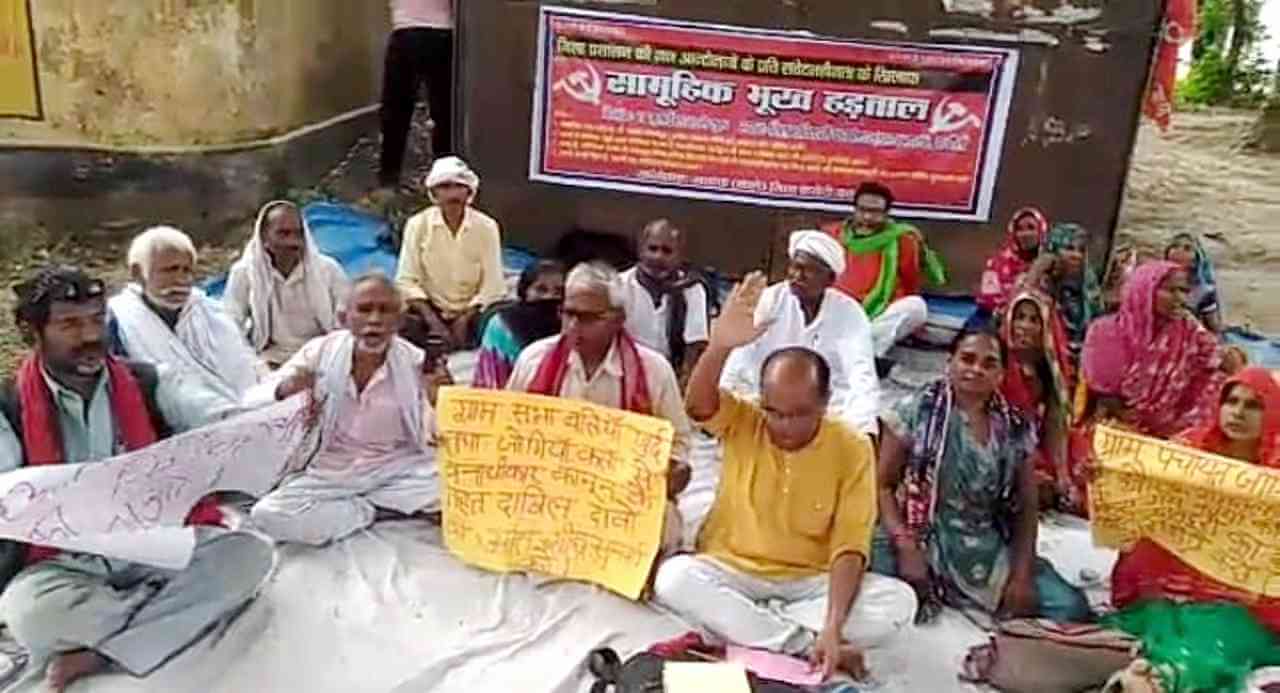 CPIML started a hunger strike on 17 July 2021 for declaration of Garhwa Tajpur village (Chandauli District in Uttar Pradesh) as a revenue village and for payment of Rs 3 lakhs wages due to MNREGA workers. The party state unit submitted a memorandum in this regard to the UP Chief Secretary Rajendra Kumar Tiwari.

State Secretary Sudhakar Yadav said that this basti comprising 130 homes has been settled in the said village for hundreds of years and makes its livelihood through farming, but as it does not have the status of a revenue village there is always danger of eviction by the forest department.

He further said that about Rs 3 lakhs arrears are due in wages to MNREGA workers in Tajpur Mauja in the Chakia development block. Not paying these due wages is a violation of the MNREGA Act.

Comrade Sudhakar said that a serial dharna under the banners of CPIML and AIARLA is ongoing in Garhwa since 1 July, which turned into an indefinite hunger strike from 10 July. However, the District administration's attitude remains indifferent and insensitive. Even after so many days no medical team has been sent for a health check-up of the people who are on hunger strike and neither has any initiative been taken to solve the villagers' problems.

Last year a movement was carried out for 3 months on the above issues, upon which the Tehsil administration had promised to act within one month. But 7 months have passed and the problems remain as they were. The party has requested intervention from the Chief Secretary.