‘Smart City’ Forced Eviction Kills One, Injures Many in Patna 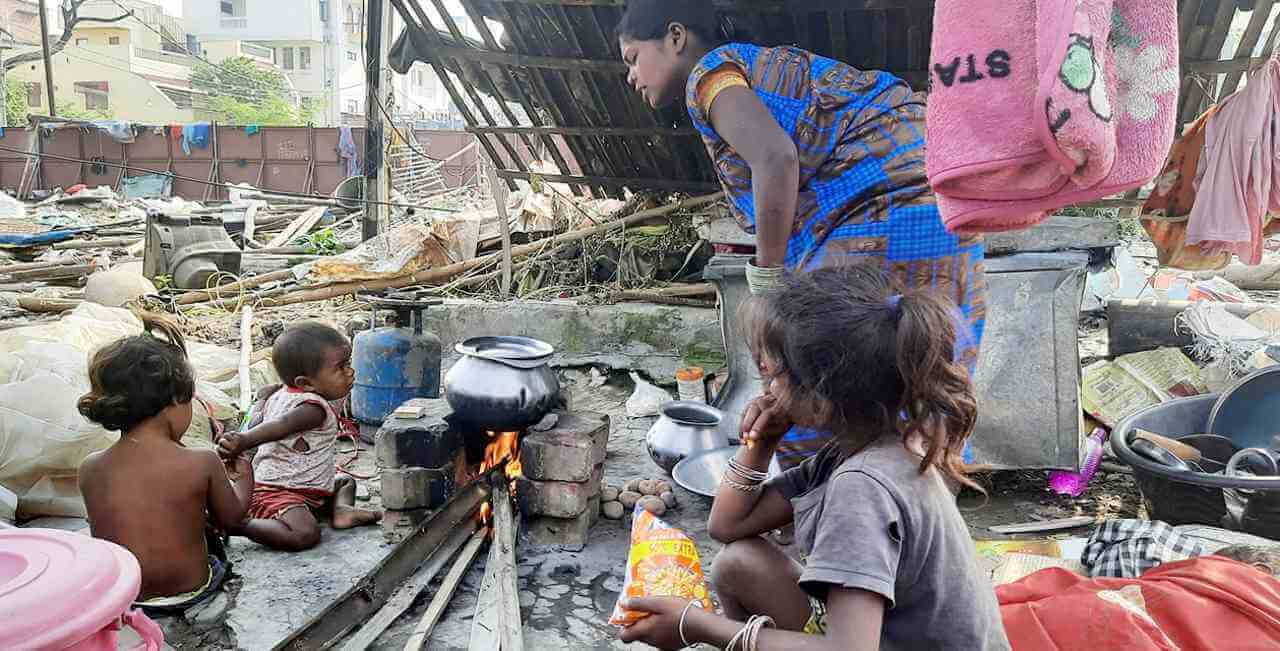 Several people were badly injured when the police lathi charged the poor on 5 October while forcibly evicting them for metro construction in Patna at Malahi Pakdi. Critically injured worker Rajesh Thakur died while undergoing treatment. Enraged by the incident, thousands of urban poor blocked the road with Rajesh Thakur's body, demanding a case against the guilty police officers, Rs 10 lakh compensation and government job, resettlement of the poor of Malahi Pakdi near the sports complex as per Patna DM's promise, and an end to eviction of the poor in the name of 'Smart City' without alternative arrangements. The protest was led by the Urban Poor Front (Shahari Gareeb Morcha), CPIML and other Left leaders including Ashok Kumar, Umesh Sharma and Puneet Pathak.

As soon as news of the urban poor jhuggi dwellers' struggle reached them, MLA and leader of CPIML legislative party Mahboob Alam and

AICCTU State Secretary Ranvijay Kumar reached the spot and sat on dharna with the above demands. The arrival of Mahboob Alam further energized the protesters and talks were held with SDO Patna and police officials and an agreement was reached for Rs 4 lakhs (from the administration) and Rs 1 lakh (from the labour department) as compensation, immediate compensation of Rs 20000, Rs 3000 cash under Kabir Antyeshti Yojana and a job for Rajesh's kin in the Municipal Corporation, after which the protesters bid final farewell to Rajesh Thakur with full honours.

Earlier, a meeting was held at Malahi Pakdi Chowk addressed by Mahboob Alam where he said that Rajesh Thakur was brutally murdered and the guilty police personnel must be punished. The people have understood the government's anti-poor anti-worker policies and would teach them a befitting lesson.

CPIML, CPI and CPIM Patna City committees jointly decided at a meeting on 9 October 2021 to intensify the protest against the repression and eviction of jhuggis in Malahi Pakdi in the name of the Patna metro construction and to demand alternative arrangements and rehabilitation, compensation and justice for the evicted poor.

The 'Malahi Pakdi Jhuggi Jhopdi Basao Sangharsh Samiti' has been formed to intensify the struggle on these issues. It was decided to organize a condolence meeting on 10 October for Rajesh Thakur who lost his life in the fight for the rights of the poor. Further, a delegation will soon meet the Bihar Minister for Urban Development and the Patna City Commissioner.

12 youths from jhuggis and jhopdis (huts) have got work in the construction of the station for the Patna Metro at the above site in Malahi Pakdi. Worker Ramkishun Paswan says that they are made to do sanitation, cleaning and other jobs, but get only Rs 260 as wages. He says they are constrained to accept this as the Metro people say, if you want to work, accept this, otherwise leave.

Ramkishun showed us a photo on his mobile. The photo was of a Notice Board saying that wages have been fixed for unskilled, semi-skilled, skilled and extremely skilled workers. Nagarjun Construction Company is the employer and the Delhi Metro Rail Corporation is the chief employer.

The daily wages fixed are as follows:

However, these 12 workers are getting only Rs 260 per day. These workers demanded a minimum wage of Rs 400. They also went on strike 3 or 4 times but the Metro administration is refusing to implement its own rules. The unemployment crisis is so dire that people are helpless and forced to bear this exploitation.