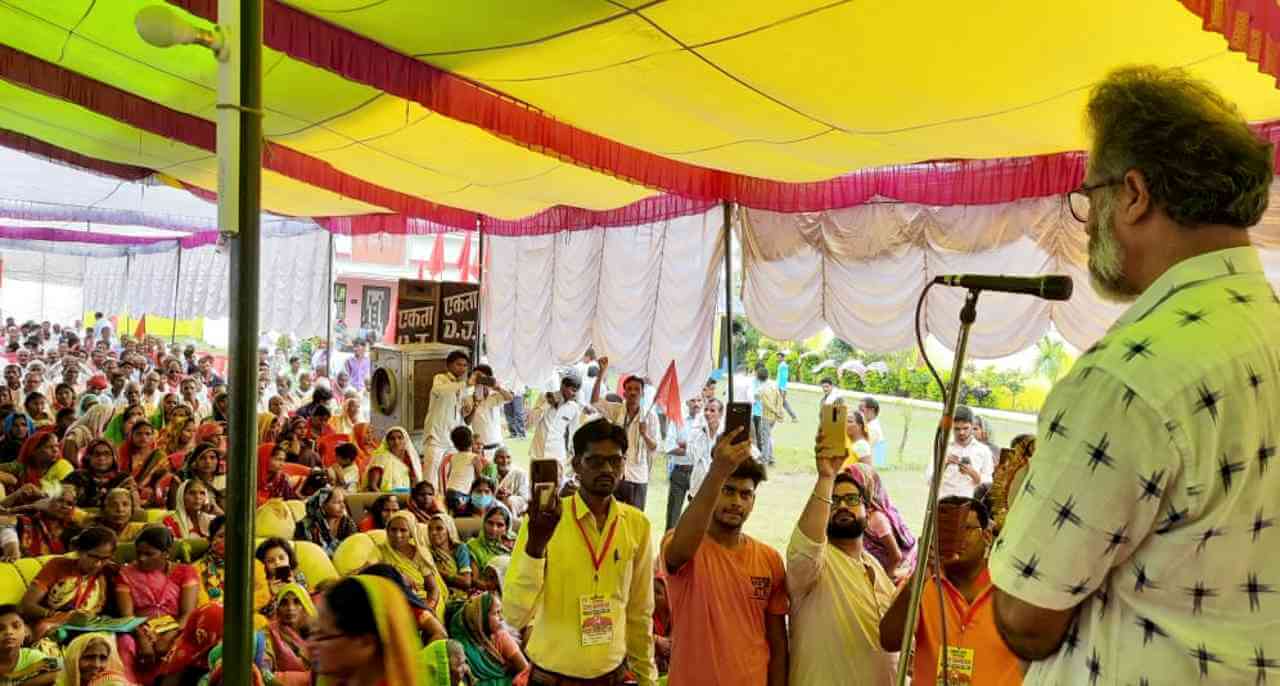 The 13th Conference of the UP unit of CPIML took place on 4-5 October 2021 at Hargaon, Sitapur. The inaugural session turned into a collective protest fast against the massacre of farmers at Lakhimpur Kheri. At the session, Comrade Om Prakash Singh presented a report by the CPIML team that was the first to visit Lakhimpur Kheri after the massacre. The team led by central committee member Comrade Krishna Adhikari had met the grieving, injured and anguished farmers and extended solidarity and aid. The inaugural session was addressed by CPIML General Secretary Comrade Dipankar, PBM Comrade Dhirendra Jha, as well as various UP committee leaders including Comrades Afroz Alam, Kusum Verma, Jaiprakash Narain and others.

The conference elected a 73-member committee and re-elected Comrade Sudhakar as Secretary. The conference vowed to work for the victory of the farmers, workers and employees, and suffering people of the state and the defeat of the communal, corrupt and brutal Yogi regime.