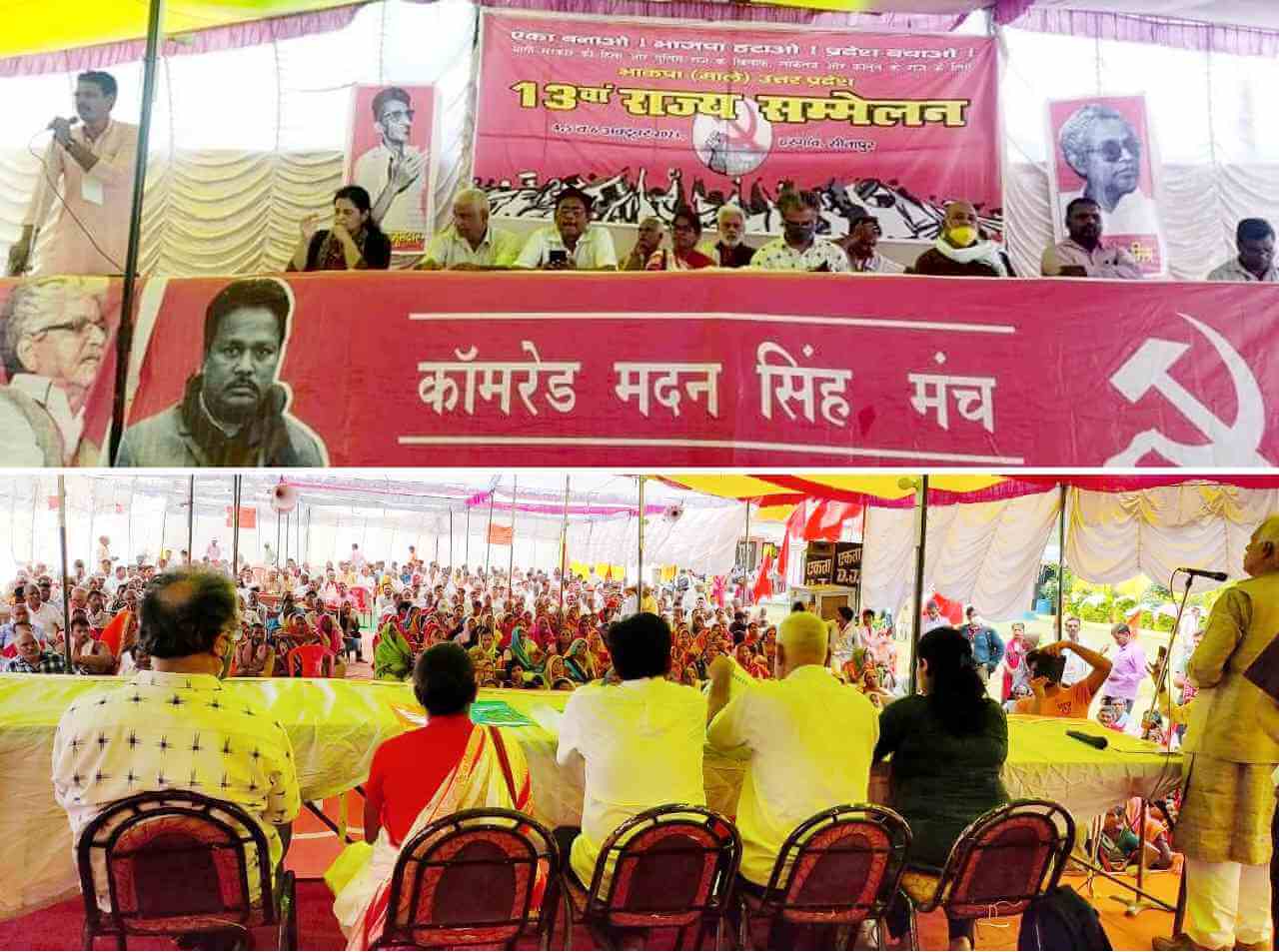 The 13th CPIML Uttar Pradesh State conference was organized on 4 and 5 October at Hargaon in Sitapur. The conference elected a 51 member state committee with Comrade Sudhakar Yadav re-elected as State Secretary.

The first day of the conference began with a protest and hunger strike against the ruthless mowing down of 4 farmers in Lakhimpur Kheeri.

Inaugurating the conference, CPIML General Secretary Dipankar Bhattacharya said that this conference is began with a tribute to the martyred farmers and we dedicate this conference strengthening our resolve to fight this killer government. He said that the government is trying trick after trick to break the farmers' movement but it has failed, and the movement is gaining in strength. The people must throw out the Modi government, and Uttar Pradesh must lead the way by throwing out the Yogi government.

The following resolutions were passed at the conference:

1. Sack MoS Ajay Mishra and arrest his killer son Ashish Mishra and give justice to the Lakhimpur Kheeri farmers.
2. Revoke the 3 black farm laws, Electricity Bill 2020 and 4 labour codes.
3. End violence against women, dalits and minorities.
4. Guarantee that incidents like Moinul Haq's heinous killing will not be repeated.
5. End Police Raj and custodial killings in UP.
6. Stop selling national assets in the name of monetization.
7. Guarantee dignified employment to youth of the state and country.
8. Implement reservation in letter and spirit.
9. Revoke New Education Policy which excludes deprived sections from education.
10. End violence in the name of anti-conversion law and Love Jihad.
11. Scrap population control Act.
12. Declare Dudhi in Sonbhadra a separate District.
13. Give compensation to kin of all Covid victims.
14. Strengthen the health system in the state.
15. Give ST status to Kol, Biyar and other tribes.
16. Waive loans from finance companies.
17. Give pattas for fazil lands to dalits and the poor.
18. Pay sugar cane arrears of Rs 18 crores and procure sugar cane at Rs 450 per quintal.
19. The proposed census 2021 must be a caste-based census.
20. Justice for Hathras victim and punishment for the guilty.
21. We condemn the communal hatred spread by BJP in the name of the Afghanistan situation.
22. Stop forced Hinduization of adivasis at Sonbhadra and other places.
23. We condemn the spread of communal venom in the name of Kashi and Mathura after Ayodhya.