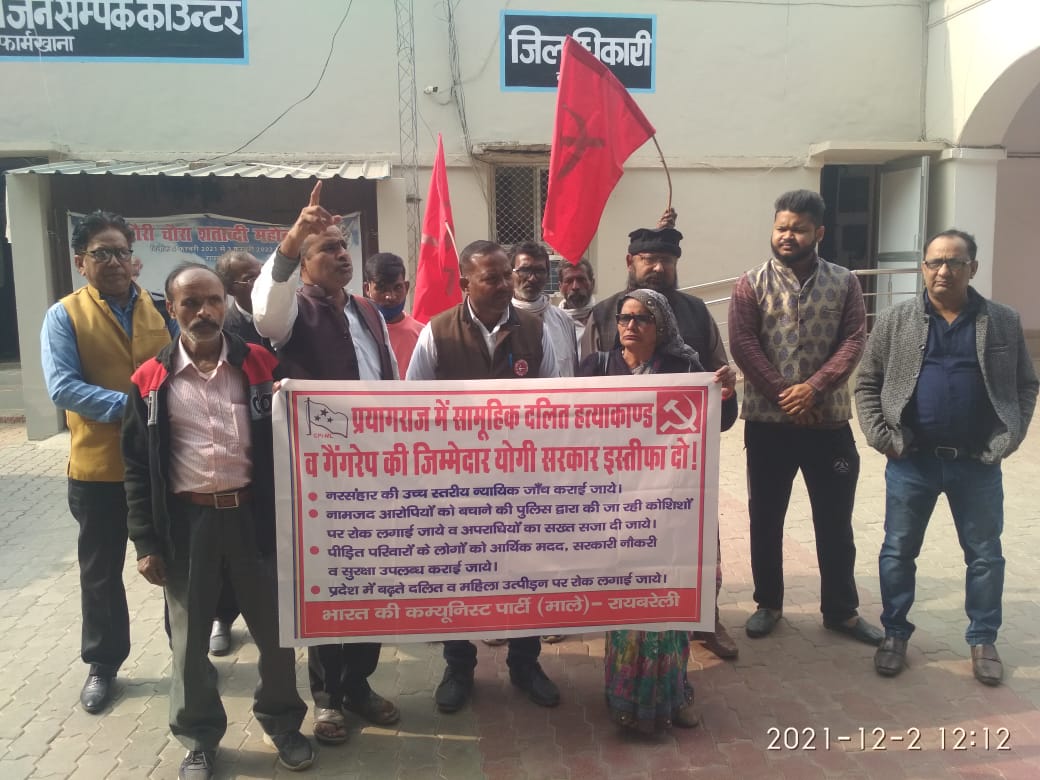 CPIML observed 2 December as statewide protest day against the Prayagraj Fafamau dalit rape and murder incident. The party rejected the police probe into the mass killing, saying that the entire incident is protected by the ruling powers, and demanded a high level judicial enquiry. After statewide protests at District and Tehsil HQs a 5-point memorandum was submitted to the Governor.

Speakers addressing the occasion said that the role of Yogi's police-administration in this incident is a repetition of the Unnao and Hathras incidents. The huge efforts by the police-administration to protect the dominant-caste criminals in those two notorious incidents are being witnessed in the Prayagraj incidents also. Efforts are being made to divert the enquiry and whitewash this incident also where the named accused persons are from the privileges castes. This undeclared policy of protecting dominant sections in the Yogi regime has made Uttar Pradesh most unsafe for women and dalits. Gang rapes and massacres have become common occurrences and the police action depends on the caste of the perpetrator.

The memorandum submitted to Governor Anandiben Patel, demanded a high level judicial enquiry into the incident, arrest of and punishment for the culprits, action against the local Thana which is protecting the accused, financial assistance and a government job to the victim family, and an end to attacks on women and dalits.